$613m hub will bring in business 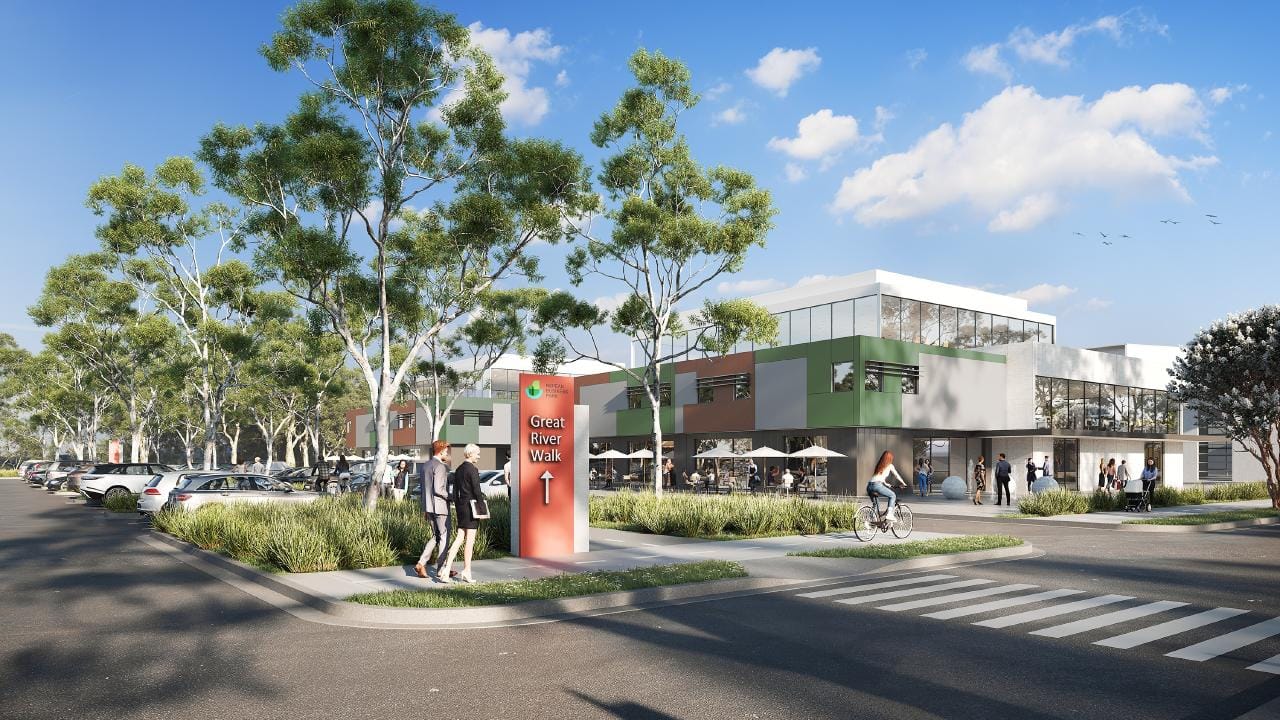 Penrith Press | What It could look like…artist's impression of a $613 million business park near Penrith Lakes.
No items found.

A $613 million business park on the banks of the Nepean River in Sydney's west will generate more than 18,000 jobs during construction and inject $1.9 billion to the local economy.

The Nepean Business Park, proposed by Developers Precinct Capital for the former quarry site adjacent to Penrith Lakes at Old Castlereagh Rd, will provide hundreds of small businesses a new state­ of-the-art 47hafacility. Developers behind the proposal have also revealed plans for more than 2ha of public open space with the expansion of the Great River Walk.

A total of 100 business lots would be made available in several stages as part of the business park, with more than 375,000sqm of commercial space expected to be ready for businesses within the next two years. Precinct Capital chairman Bruce Baudinet said there were major shortage son commercial land across Sydney, meaning Penrith has a remarkable opportunity to act now to help local small business win out on the benefits provided by the infrastructure development boom in the Western Sydney region".

"Our vision is to create a Park for small business operations to keep jobs locally based," he said. "Pedestrian and cycle links, a connecting bridge, landscaped wetlands and other features throughout the business park itself will add to social and recreational benefits for use by the community particularly on weekends".

Penrith state Liberal MP and Jobs and Western Sydney Minister Stuart Ayres said the proposal was a sign of "a strong vote of confidence" for the future of Penrith. While Penrith Mayor Ross Fowler said the proposed business park would "enhance the river precinct by extending the Great River Walk which is good news for our community". The 47ha, originally owned by Penrith Lakes Development Corp, was sold for $19.25million. Penrith Lakes chief executive Jacqueline Vozzo said the new business park would be a critical component of the Penrith Lakes Scheme.