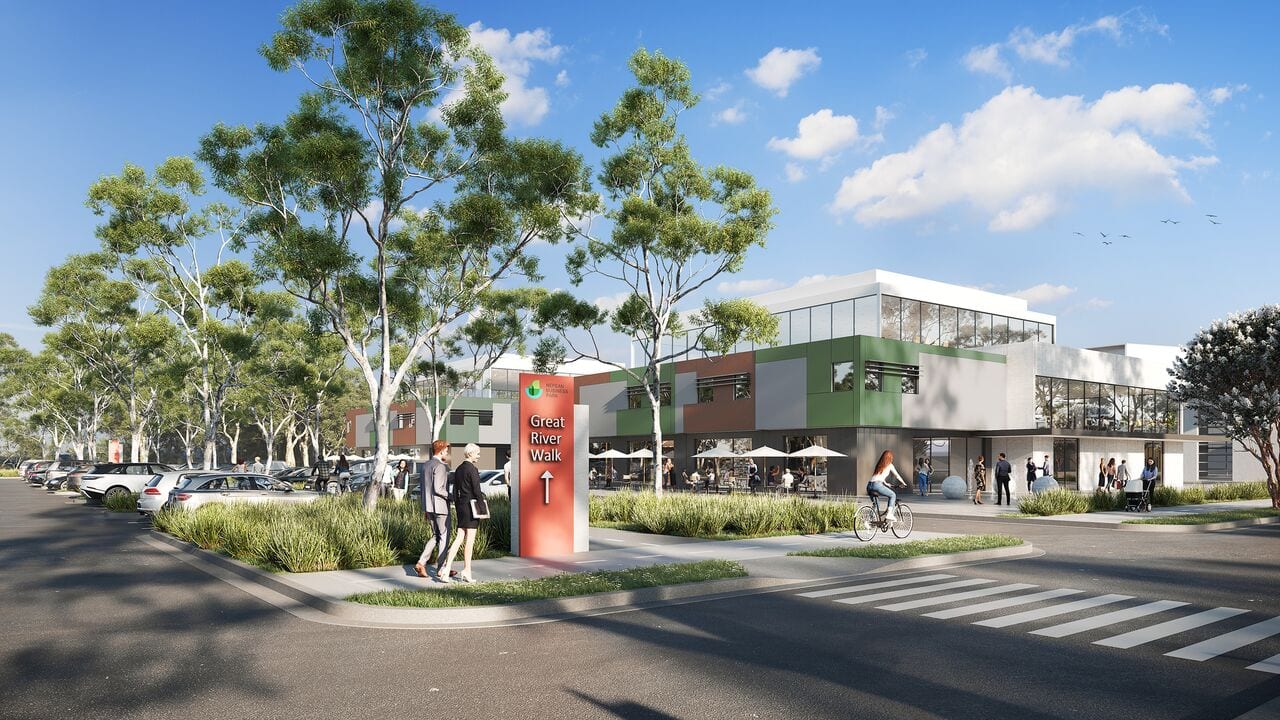 Land zoned for ‘employment’ use in the greater Western Sydney region is needed now to avoid the loss of billions of dollars in investment and tens of thousands of potential job opportunities.

Land zoned for ‘employment’ use in the greater Western Sydney region is needed now to avoid the loss of billions of dollars in investment and tens of thousands of potential job opportunities.

Hill PDA Urban and Retail Economics Principal, Adrian Hack, said while there remained a need for traditional large industry, warehousing and storage depots such as those planned in the Western Sydney Employment Area near Sydney West Airport, appropriately zoned land suitable for smaller scale business closer to labour markets is urgently needed.“In the Australian context, many new enterprises are non-polluting and low impact, and often combine ofﬁce functions with warehousing and distribution. There is also an ever-increasing amount of ‘clean’ high technology industries, including research and development, information and communications and advanced manufacturing,” Mr Hack said.

According to Urban Development Institute of Australia (UDIA), vacancy rates were sitting below one percent for smaller to medium business site accommodation in December 2017. In Penrith, the Council is targeting an additional 55,000 jobs over the next 20 years under their Economic Development Strategy.

Owner Principal of The Green Group, Doug Green, said he is always looking for land to future proof the growth of his food wholesale and distribution business.

“We don’t want to move out of the area because we’re a local company, but we need more space in the Penrith Area to service our needs”.

It’s difﬁcult to ﬁnd a suitable site to meet our needs so the Nepean Business Park would allow us to gain some additional space whilst continuing to operate in our current facility, but also obtain some more room nearby for future growth.

Mr Green said timing was important and suitably zoned sites were needed now for businesses like his when planning for the long term. He wanted to be assured employment land would be available within the next few years “otherwise we are limited in employing more people and continuing to grow, and we may need to look outside the area for our long-term home”.

The Green Group currently employees 30 local people with a 20 percent increase in jobs projected when a suitable new site comes online. Heavy haulage and specialist transport manufacturing ﬁrm, Rex J Andrews Pty Ltd, has also registered interest in a larger 15,000m2 facility to link business operations into the Nepean Business Park from a neighbouring site. Major work includes manufacturing specialist trailers to transport renewable energy wind turbines to locations around Australia, with the company operating nationally from centres in Penrith, Adelaide and Newcastle. Owner Rex Andrews said the vision for the next four to ﬁve years in NSW was to consolidate operations from smaller sites into a larger factory which would increase the workforce by up to 30 percent. Rex J. Andrews Pty Ltd currently employs 70 people nationally including 20 in Penrith. At the smaller end of the market needing a site of about 1500m2 is horticulture machinery, supplies, and services company, Hortraco, jointly owned and operated by Henk Van den Heuvel and Ben Meadows.

Hortraco is based at Mt Druitt, but Mr Van den Heuvel and Mr Meadows (pictured above) are keen to move their business to the new Nepean Business Park to capitalise on better logistics offered by the Park’s location and potential business growth due to major infrastructure projects occurring in Western Sydney.

Mr Van den Heuvel said getting a small business lot in Western Sydney is difﬁcult. “It has been hard to ﬁnd what we want, but we’ve put in an option on a fantastic site (in the business park) that offers huge potential”.

Precinct Capital – the investment ﬁrm behind the Nepean Business Park recently announced by NSW Minister for Jobs, Investment, Tourism and Western Sydney Stuart Ayres, and Penrith City Mayor Ross Fowler, - is one company that is moving forward on ‘employment’ zoning of an old quarry site adjacent to the Sydney International Regatta Centre and the North Penrith employment area.Project Director Dylan Baudinet (pictured below) said his ﬁrm recognised the huge demand for suitable sites by small to medium- sized businesses to house their operations to take advantage of the infrastructure and major commercial development boom in Western Sydney.

“We have quite a few local businesses already making enquiries about sites in the Nepean Business Park, even though we need to rehabilitate the former quarry site ﬁrst. Rehabilitation work will start soon but this will take 18 months to two years to complete before we can start building construction.”

Interest is already coming from a wide mix of enterprises ranging from home improvement, home building and building maintenance ﬁrms; furniture warehousing through to horticultural supplies and a plant nursery; computer services and signage; a child recreational centre; swimming pool, sports equipment and food and grocery distribution; and a haulage transport and manufacturing company.“I believe Minister Ayres and the Penrith Council Mayor Fowler are very aware of the need to accommodate small to medium-sized businesses to boost local investment and jobs. They have been very supportive of our project,” Mr Baudinet said.

This article originally appeared on The Western Weekender.