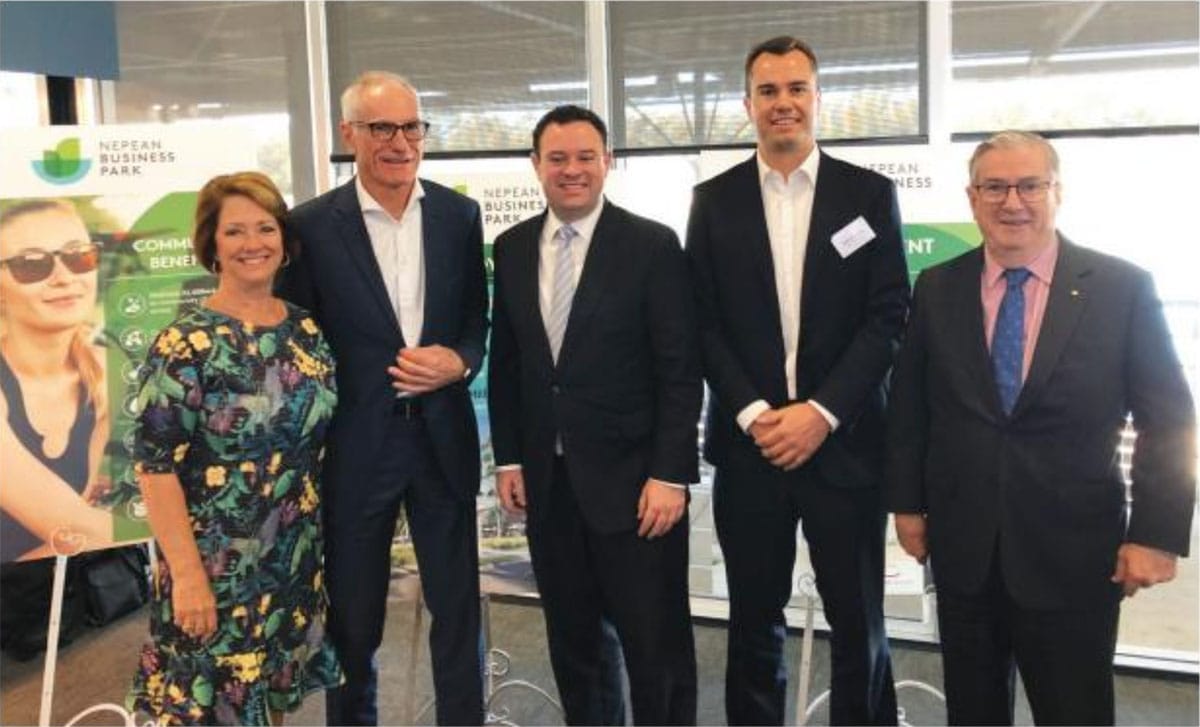 Located on a 47-hectare former quarry adjacent to the Penrith Lakes Scheme, the business park will inject $1.95 Billion into the economy during construction. Once operational, this will be boosted by nearly $300 Million in wages annually for an estimated 3,987 permanent employees.

Minister Ayres said the business park "is a strong vote of confidence in the future of the local Penrith economy."

"The NSW Government's investment in infrastructure and our strong economy continues to encourage new developments such as the Nepean Business Park which creates local jobs growth," Mr Ayres said.

"Our commitment to the North-South rail and upgrades to Mulgoa Rd and the Northern Rd will enhance connectivity between Penrith and the new Western Sydney Airport, opening up new business and investment opportunities."

Figures on the economic benefits and jobs created by the Penrith Business Park are the result of an independent Economic Impact Analysis undertaken by Hill PDA- a specialist consulting firm in property economics, valuation and planning that consults to Industry and government.

Mayor Ross Fowler congratulated Precinct Capital (the company behind the business park) on its investment in Penrith."

This is a great example of the proposals our city is attracting and shows that Penrith Council's work to create a city that invites investment is bearing fruit. Not only will this proposal create more local jobs, it will enhance the river precinct by extending the Great River Walk, which is good news for our community."

Jobs close to home which in turn creates a balanced lifestyle with time to be more active and enjoy nature is a key element of a liveable city," Cr Fowler said.

Chairman of Precinct Capital Bruce Baudinet said there was a major shortage of suitable employment land, and that Penrith "has a remarkable opportunity to act now to help local small business win out on the benefits provided by the infrastructure development boom in the Western Sydney region".

"Our vision is to create a park for small business operations to keep jobs locally-based. We also have a strong environmental focus and will begifting land to the community and constructing a path at our own cost to continue a vital link in the Great River Walk. Pedestrian and cycle links, a connecting bridge and other features throughout the business park itself will add to social and recreational benefits for use by the community particularly on weekends."

Mr Baudinet said rehabilitation of the former quarry should  commence early next to make it suitable for subdivision and future building construction. "We anticipate seeing the start of construction of business premises in two years' time”.