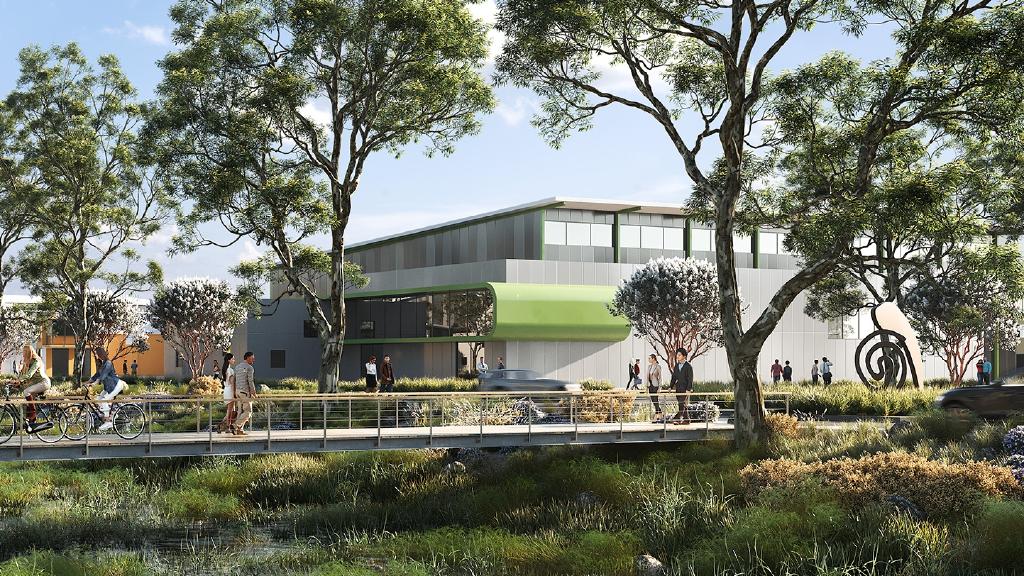 The park will contribute 18,000 jobs during construction and inject $1.9 billion to the local economy.
No items found.

Multimillion-dollar plans to secure dedicated space for western Sydney’s booming commercial sector have been revealed, with a new state-of-the-art employment hub proposed for the banks of the Nepean River.

Plans for the construction of a $613 million business park have been revealed for the banks of the Nepean River in Sydney’s west — earmarked to generate more than 18,000 jobs during construction and inject $1.9 billion to the local economy.

Developers behind the proposal have also revealed plans for more than 2 hectares of public open space with the expansion of the Great River Walk.

A total of 100 business lots would be made available in several stages as part of the newly proposed business park, with more than 375,000sq m of commercial space expected to be ready for businesses to be constructed within the next two years.

Precinct Capital chairman, Bruce Baudinet, said there were major shortages on commercial land across Sydney, meaning Penrith has “a remarkable opportunity to act now to help local small business win out on the benefits provided by the infrastructure development boom in the Western Sydney region”.

“Our vision is to create a park for small business operations to keep jobs locally-based. We also have a strong environmental focus and will be gifting land to the community and constructing a path at our own cost to continue a vital link in the Great River Walk,” he said.

Plans for the construction of a $613 million business park[/caption]“Pedestrian and cycle links, a connecting bridge, landscaped wetlands and other features throughout the business park itself will add to social and recreational benefits for use by the community particularly on weekends.”

Penrith state Liberal MP and Jobs and Western Sydney Minister, Stuart Ayres, said the proposal was a sign of “a strong vote of confidence” for the future of Penrith.“This is a growing community that is incredibly confident about its future,” he said. “There is a confidence in business growth in Western Sydney due to the strategic vision of the future from the State Government.“

There will be a significant enhancement in population over the next ten years, so an important part of the future of this city is infrastructure advancements that enhance the liveability of Penrith.”

While Penrith Mayor, Ross Fowler, said the proposed business park will not only create more jobs, “it will enhance the river precinct by extending the Great River Walk, which is good news for our community”.

“This is an exciting initiative for the future of Penrith because it offers limitless opportunities,” he said. “We need jobs closer to home and that is what this proposal provides.”

The announcement of the multimillion-dollar investment in Penrith comes as Penrith Lakes, the former landowner, confirmed the sale of the 47-hectare space for $19.25 million.

“The vision for the site has always been a dynamic mix of recreation, environmental sustainability, wildlife habitat, potential homes and ample land for businesses to establish and create jobs,” Ms Vozzo said.

“Employment lands are critical so Western Sydney residents can work and gain skills near where they live and reduce the extensive traffic commute.”

Meanwhile, Urban Development Institute of Australia NSW cheif executive, Steve Mann, said the employment hub would kickstart job creation and secure the Greater Sydney Commission’s 30-minute city objective.“UDIA NSW’s research has highlighted the critical need for more employment lands to be released,” he said. “With estimates showing we only have two years supply of employment lands, it is the missing piece in NSW’s affordability puzzle.”